It never rains but it pours..

In September 2019 MA Group were appointed to a technical, large and complex claim in Scotland. Heavy rain caused drains to be overwhelmed and the basement of a traditional 19th century Scottish tenement property in Edinburgh was flooded. The affected flat was sat on top of the waste drainage system for all 22 flats in the building and neighbouring buildings.

The building was Category B listed as it has historic significance in relation to the old port of Leith. The garden at the back of the property used to be a dry dock: 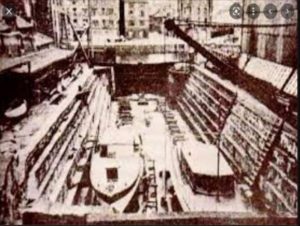 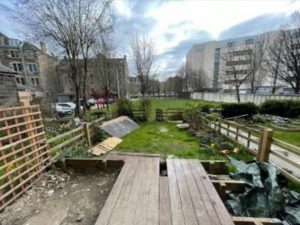 We appointed our contractor BRS Scotland to strip out the basement for drying and to reinstate the property. The scope involved locating and repairing the Victorian clay pipes, organising repairs to a pipe in a 3ft thick stone wall and extensive tanking. Project management was to be key for this job as co-ordination of many parties would be needed including a screeding company, a tanking company, Edinburgh Historic Scotland and Building Control. BRS would also need to keep the customers informed while they were living in alternative accommodation.

Work was just about to start when Scotland locked down due to Covid-19.

Reinstatement works eventually started in June 2020 with Covid restrictions still in place.  The works involved a new drainage design to prevent a reoccurrence involving various CCTV surveys and the use of non-return valves.

While these works were being undertaken there was a second major flood event with around 3ft of black water flooding the area. As a result a second insurance claim was raised and BRS Scotland were appointed to this too. 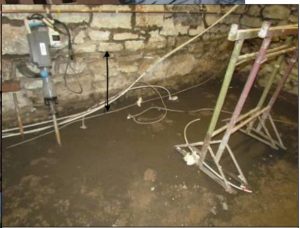 BRS were then faced with pumping out contaminated water and removing the waste by hand – they literally wheel-barrowed it up the stairs and out of the front door as there was no other option.

BRS were proactive and contacted the water company advising them that the manhole to the sewer was in the customer’s property and that this would be a good time to re-site it to the road.

The water company refused to move the manhole so BRS designed and formed a new concrete manhole chamber which would reduce the likelihood of a flood in the future, whilst still keeping the required accessibility.

The workmanship and project management required were extremely varied and complicated: 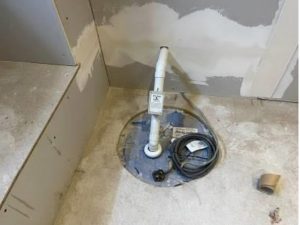 BRS Scotland showed how a technical, large and complex claim can be well-managed in even the most stressful of circumstances.

A job such as this would be complicated in normal times, but Covid-19 created even more challenges and caused significant delays as all construction had to be shut down in Scotland.

The customer gave BRS Scotland 10/10 when asked for feedback at the end of claim, rating the service they received as excellent. The customer had this to say:

“This has been a very difficult and long process for all concerned but my partner and I have been guided through it by Paul, Billy & the team, and we’ve resolved issues together as they have come up.

The complexity of some of the problems we’ve encountered has been frustrating at times, but we’ve managed to work together to put our home back together and find solutions to the issues at hand.”

BRS’s efforts were well worthwhile. There was another flood event in June 2021 which under normal circumstances would have caused another flood at the property. But as a result of the preventative works BRS carried out to the waste pipes, the manhole cover and tanking, the property wasn’t flooded. Such preventative measures saved the insurer tens of thousands of pounds.